VEKA TEC conference for the first time as an online event

Josef Beckhoff, Board Member for Sales and Marketing, welcomed participating VEKA partners in front of their screens as well as the experts participating live in the studio.

For more than 30 years, the TEC conferences have been providing information on the latest developments in window technology. The established series of events is essential for us, because it enables the direct exchange with processing partners and window manufacturer. This helps us to align our offer precisely to the current requirements of the market. That's why, even in the pandemic year of 2021, it was clear that the TEC conference must not be cancelled. Instead, it took place as a three-day online event from April 20 to 22, 2021.

"We are very pleased with the positive feedback.The livestream was well received by all participants and we are pleased with the successful event. Nevertheless, we very much hope that in the coming years we will again be able to hold the TEC conference as a face-to-face event as usual and welcome our guests personally in Sendenhorst", summarized Josef Beckhoff, Board Member for Sales and Marketing at VEKA AG.

In months of intensive preparatory work, a concept was developed for the implementation of the event as a livestream: Studio backdrops were set up at the Welcome Center in Sendenhorst. Lighting and sound technology, cameras, a team of several people for the digital transmission technology and an experienced director professionally staged the speakers, the moderators and the discussion rounds. Of course, all participants were tested for the corona virus in advance. In addition, partition walls and sufficient distance ensured the necessary safety on site. 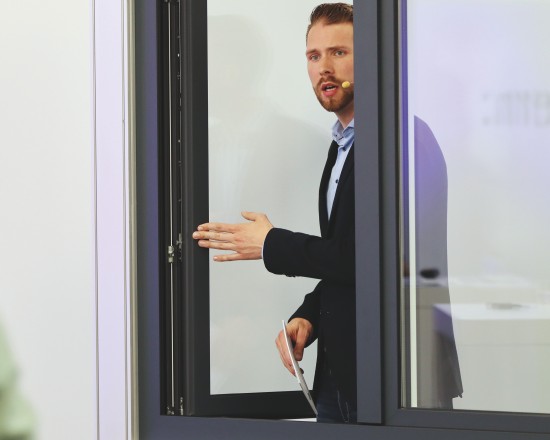 Dennis Decker (Head of AluConnect VEKA AG) uses a sample to show the audience what makes the first aluminum window for welding special.

On three consecutive days, two-hour livestreams were held on three current key topics. All participants were able to actively participate with questions and feedback via the live chat. A special highlight were the respective panel discussions. Here, renowned market leaders had their say and were able to share valuable expertise.

At the event start on Tuesday, the focus was on product innovations from VEKA AG:
The VEKA AluConnect system, with a weldable PVC core and high-quality surfaces, represents a completely new approach with which aluminum windows can be manufactured particularly efficiently and almost as quickly as PVC windows.

The new sliding door VEKAMOTION 82 with high glass percentage and slim appearance also met with great interest. The day was moderated by the former head of the ift Rosenheim Institute and building expert Prof. Ulrich Sieberath. VEKA experts from the sales and technology departments also joined the discussion with VEKA partner Anton Gugelfuss, who contributed the perspective of fabricators. The well-known window manufacturer Jochen Bliestle as well as the architect Matthias Fritzen were also present and discussed the numerous questions that came from online participants via live chat. 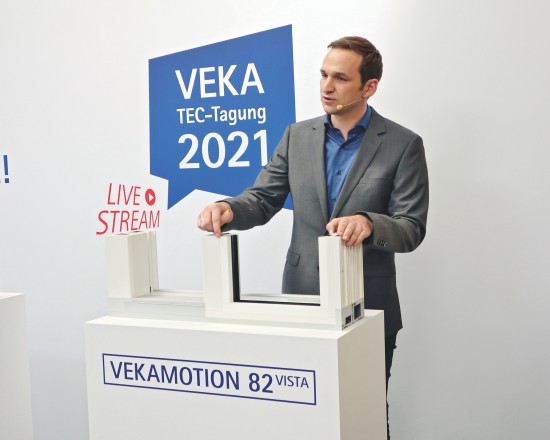 Arne Post (Head of Product Management VEKA AG) used a sample to explain the advantages in the production and installation of the innovative sliding door VEKAMOTION 82.

The second day was dedicated to providing support and assistance to VEKA partners on the topics of building physics, standards and law for colored building elements. Here, numerous solution approaches were discussed in a practical manner, which was particularly well received by the participating processors. Prof. Christian Niemöller, a specialist lawyer for the window industry, served as moderator for the panel rounds, in which Bernhard Helbing, managing partner of the German company TMP Fenster + Türen GmbH, among others, shed light on the topic from the perspective of an experienced window manufacturer. Prof. Ulrich Sieberath contributed the view of a building expert.

On Thursday, the focus was on the future and the question of how digitalization is changing the window industry. The day was moderated by Daniel Mund, editor-in-chief of the German industry magazine "Glaswelt". After a few welcoming words of Andreas Hartleif, CEO of the VEKA Group, an initial introductory talk followed. This introduction was held by Karl Dietrich Wellsow, Managing Director of Digital Building Solutions (DBS) the VEKA Group's digitalization partner. In his presentation DBS was introduced as a spin-off of VEKA AG and the development of digitalization in the window industry was reviewed retrospectively. VEKA has been focusing on digital solutions since the 1980s and laid the foundation for today's DBS in 1989 with the founding of the IT Customer Services department. 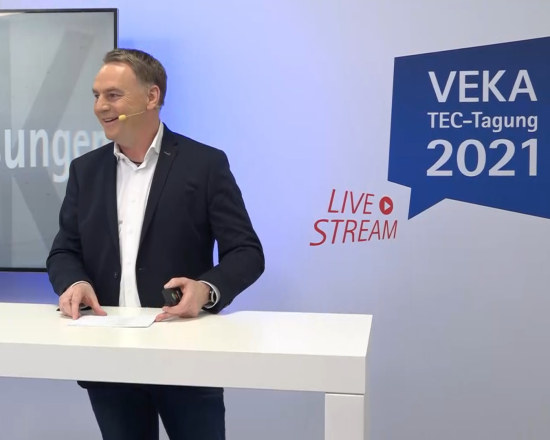 In the technical presentations, selected digital tools from DBS were presented, which can be used to optimize numerous processes in window construction. Thorsten Leicht from the German company Leicht Fenster & Türen GmbH was connected live via video. He gave a vivid account of how digitalization is progressing in his company and what opportunities the new technologies offer window manufacturers. Markus Christoffel, as a VFF expert for BIM and building law, was able to add further aspects to the view of the future, focusing in particular on the importance of BIM.

Despite the global pandemic, we hope that with the 2021 TEC meeting we have been able to provide an appealing and varied event for our partners. 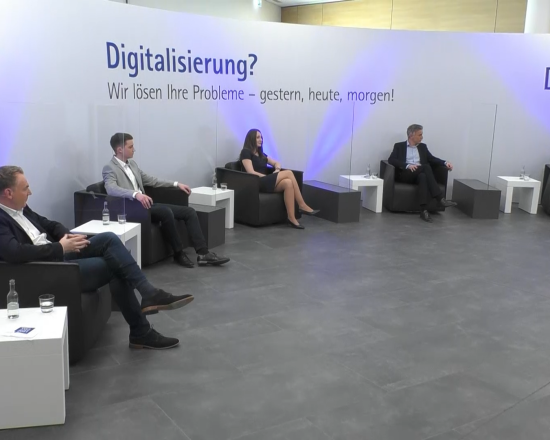